52 Ancestors No.2: Ole and Emma (Hanson) Hegna's Emigration from Norway

This is the second of 52 blog posts for the 52 Ancestors challenge ~ 2015 edition. The original idea for #52Ancestors is to "have one blog post each week devoted to a specific ancestor. It could be a story, a biography, a photograph, an outline of a research problem — anything that focuses on one ancestor.”

This week I will write about what I know so far about the Hegna family's emigration from Norway to the United States. We have three critical sources of information for emigration: 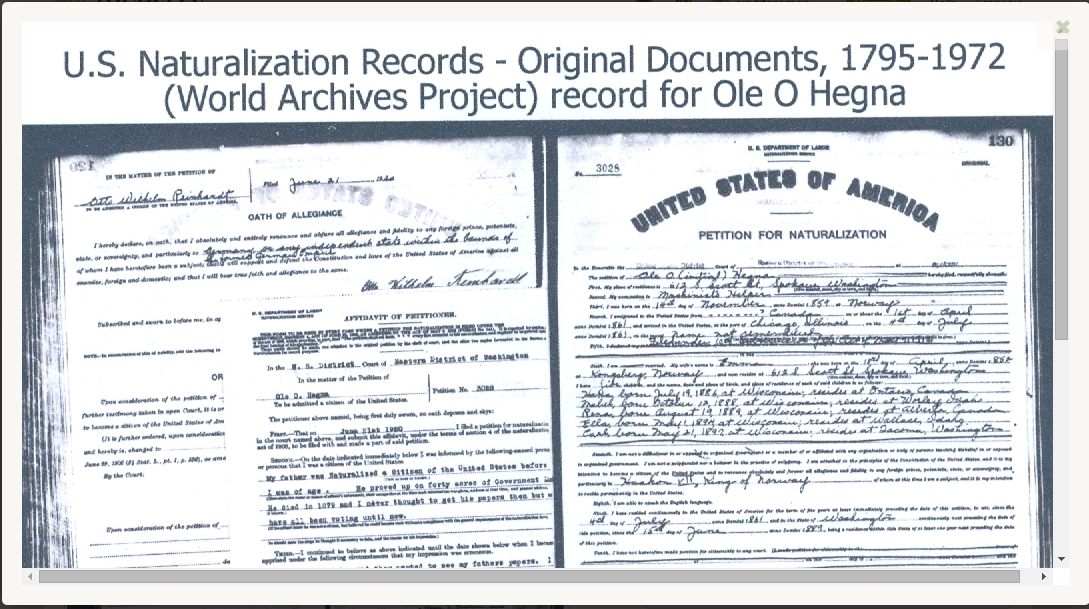 We know when Ole and Emma emigrated because of questions 16, 17 and 18 on the 1900 census for Spokane Washington:

On the same Census, Mary Hegna follows.Born in 1833 she is a 67 year old widow. She had 12 children of which 7 were living. Mary was born in Norway and her mother and father were as well. She emigrated in 1862 and had lived in the U.S. for 38 years, Her home was owned free. 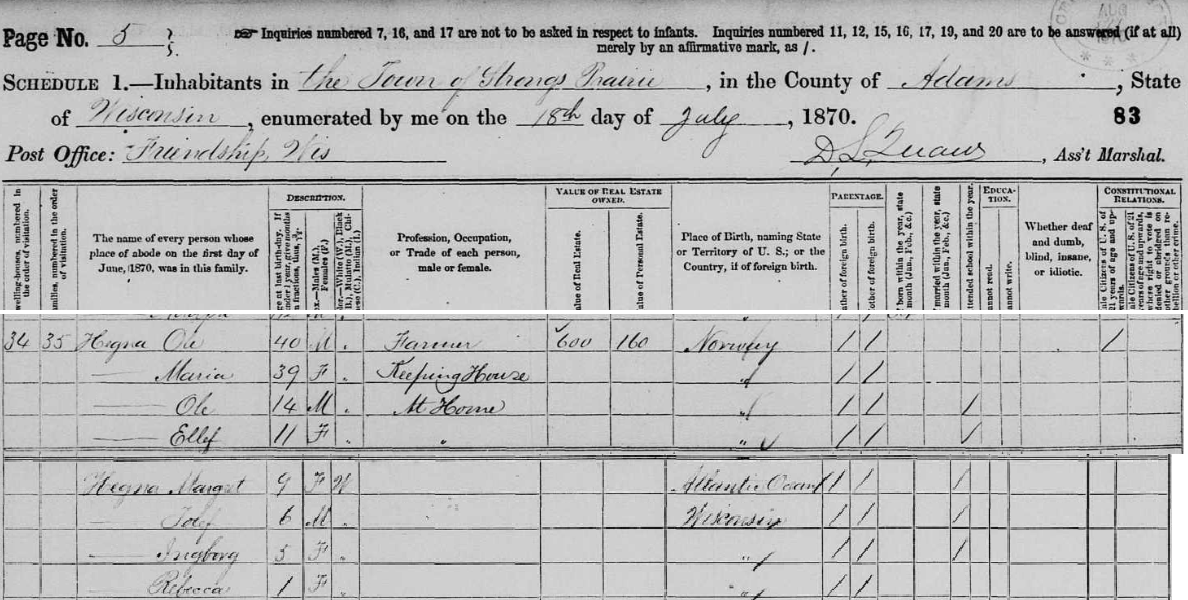 Here we learn the following facts about Ole O. Hegna: 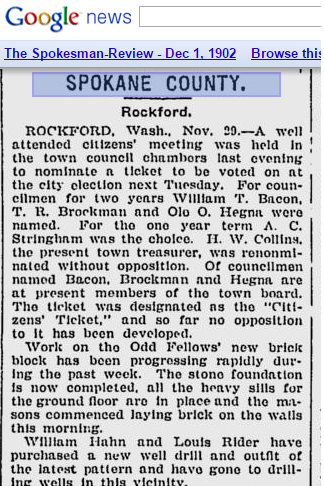 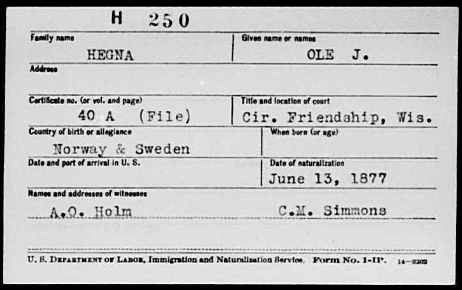