This is the thirteenth of 52 blog posts for the 2015 edition of the 52 Ancestors challenge. I have been blogging my family history for the #52Ancestors challenge since it began in 2014.
#52Ancestors asks bloggers to "have one blog post each week devoted to a specific ancestor. It could be a story, a biography, a photograph, an outline of a research problem — anything that focuses on one ancestor.”

This week's blog post is about Erland Raymond Martin Moynahan known for most of his life as Father Ray.

Raymond was born in 1904 son of John and Mary (Broderick) Moynahan of Windsor, Ontario and was ordained in 1934 and served as assistant priest of St Mary's Woodstock, Ontario; Pastor of All Saints' Church, Stratford, Ontario and Pastor of St Peter's Church, Goderich, Ontario.

Erland Raymond Martin Moynahan received his primary education at St. Francis and St. Edmond in Windsor, Ontario. He then attended Windsor Collegiate for his secondary education and studied philosophy at Assumption College. Later he studied theology at St. Peter's seminary in London, Ontario earning his B.A.


1928
From this border crossing document we learn that Erlan was 5 feet ten inches tall with red hair and blue eyes. Before entering the priesthood, he worked as a factory clerk at Morgan & Wright in Detroit Michigan which was the world's largest manufacturer of bicycle tires (known as the Detroit Rubber Works).

Father Ray was ordained into the priesthood at St Peter's Cathedral in London, Ontario on May 26, 1934 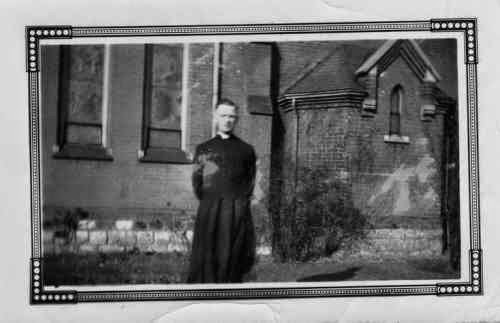 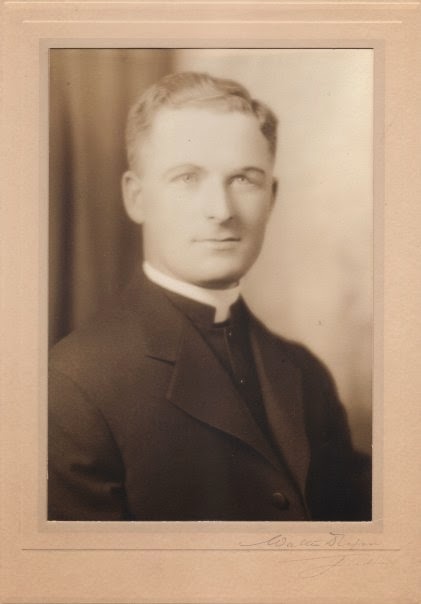 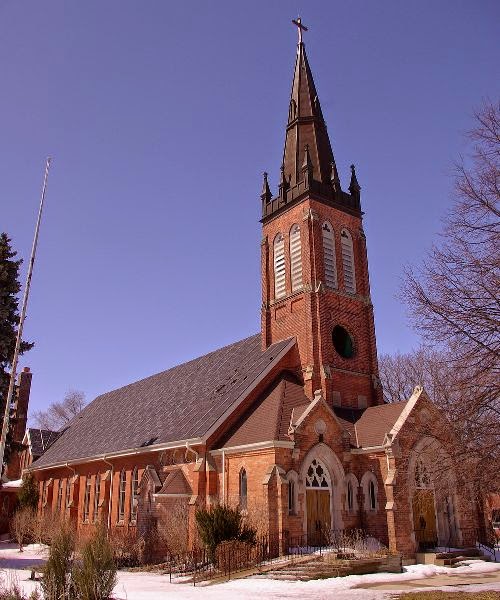 Built in 1874, St. Mary's was the city's first Catholic church. It was demolished in 2008 (see People mourn the demolition of St. Mary's )


I learned from a "History of St. Peter's Parish, Goderich, Ontario" (written in 1962) that `Father Raymond Moynahan........ succeeded Father Gleeson in June, 1959. Shortly after, in September 1960, the new St. Marys School was opened with Bishop Thomas J. McCarthy, a student of the old separate school on North Street, officiating.


Under Father Moynahan, a parish hall was excavated under the church (in 1963), a feat which some years before an engineering firm advised to be impossible. The beautiful wood carved Crucifix (a gift of the Catholic Women's League) and the wood carved Stations of the Cross (a gift of a parishioner) were also added to the church and a new convent for the sisters, the former residence of Judge Philip Holt, was acquired during Father Moynahan’s stewardship.

To him also fell the difficult task of refitting the church to conform with the new liturgy introduced by the Second Vatican Council and the establishment of the (first) Parish Council.

On the first Friday in June 1964, Father Moynahan said the first Mass facing the people on a altar designed and built by Hans Pastell a local craftsmen.

A constant visitor to the Alexandra Marine and General Hospital and to the Goderich Psychiatric Hospital, Father Moynahan, a lover of Latin, possessed a keen theological mind, and his austere appearance hid a kindly heart.``


Father Ray then retired to Glengarda Ursuline Convent in Windsor Ontario in 1977. I received a letter from Father Hudson C.S.Sp (executor of Rev. Ray Moynahan's will) on March 10, 1988 who wrote to me that he "had the privilege of serving with Fr. Ray many times in his parish over a period of twelve years or so....on his retirement it was I who helped him to locate with the good sisters in Glengarda convet in Windsor where he spent his last years...all monies related to his will he willed to the poor and more needy causes. He lived for God and His poor and was a man of extreme self-denial. He was truly a man of God and a saintly priest. Yes, he was shy in himself but, where his duties called him, he reached out with firm faith and commitment. I believe the good sisters at Glengarda broke through to him as no one ever did especially in his final illnesses and the superior there was a real angel to him. I forget her name, but I know he will remember her forever. It was not easy to get to know him. He was reserved, while at the same time being a real human being.....I owe your uncle more than I can ever say through his examples and kindness." 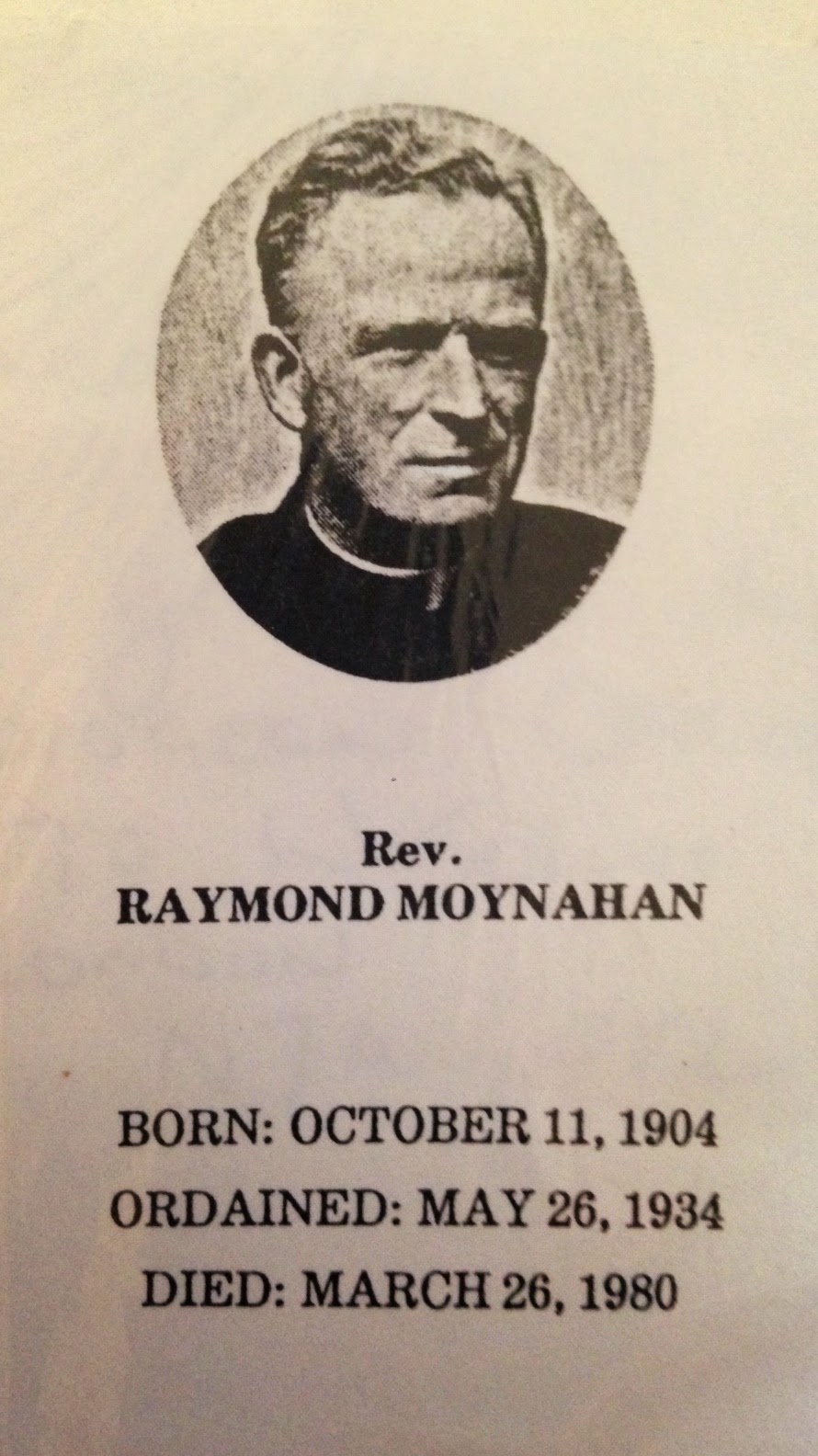