This post is Part II of research into two ancestors who were sent to asylums in southwestern Ontario in the late 1800s. Part I was about Catherine Moynahan whose records were from the Malden Asylum 1871-1872. She died March 10, 1872 in London, Ontario.

Part II is about Timothy, a seventeen year old lad in 1878, who was sent to the London Lunatic Asylum from Windsor, Ontario. Timothy is the son of Timothy Moynahan and Archange Parent.


Reading Timothy's case file (Reg. No. 1300) we learn that he suffered an attack of meningitis five years before being admitted in February 11, 1878. Between 1873 and 1878, Timothy's health (mental and physical) deteriorated as a result of the meningitis. He became dangerous and violent.

Researching patient Reg. No. 1300, I found this note that Timothy had been transferred to the Toronto Asylum August 4, 1906.

The next phase of this research is to locate Timothy in the Toronto Asylum records to learn more. I do hope to locate his death record. 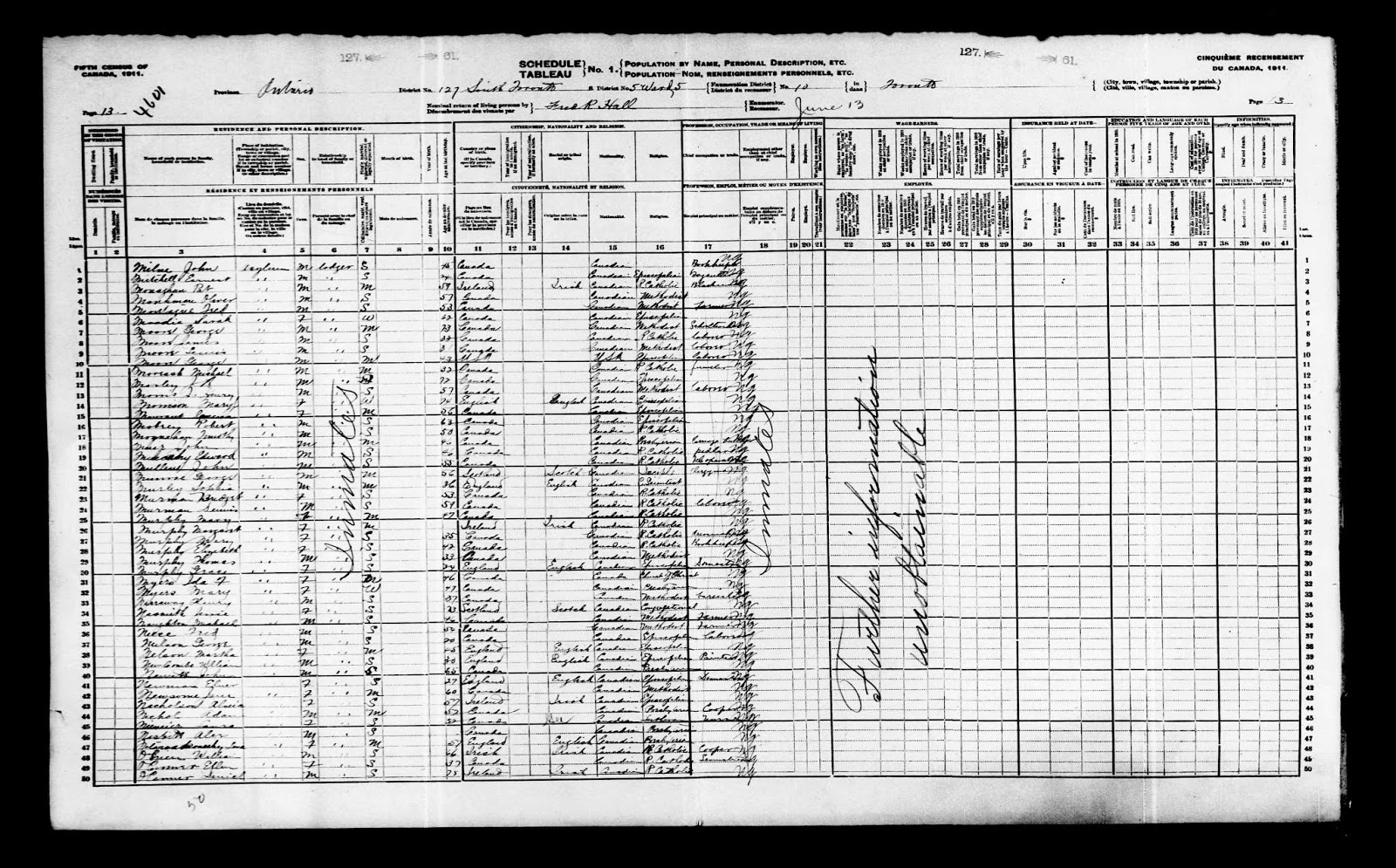 Footnote:
I feel frustrated with search engines. It seems I cannot locate records in an easy straight forward way by typing "Moynahan" into the search engine. To locate Timothy in the 1911 census, I first researched the district number for Toronto South (a reference found through using familysearch search engine) then I used wild cards (*) and Timothy's age (50) to get the following result:

And Yes. This result ("Franthy Mogannam") is the correct one for Timothy Moynahan!!! 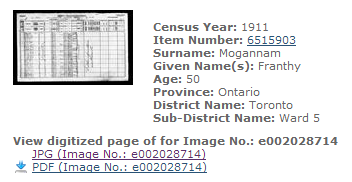