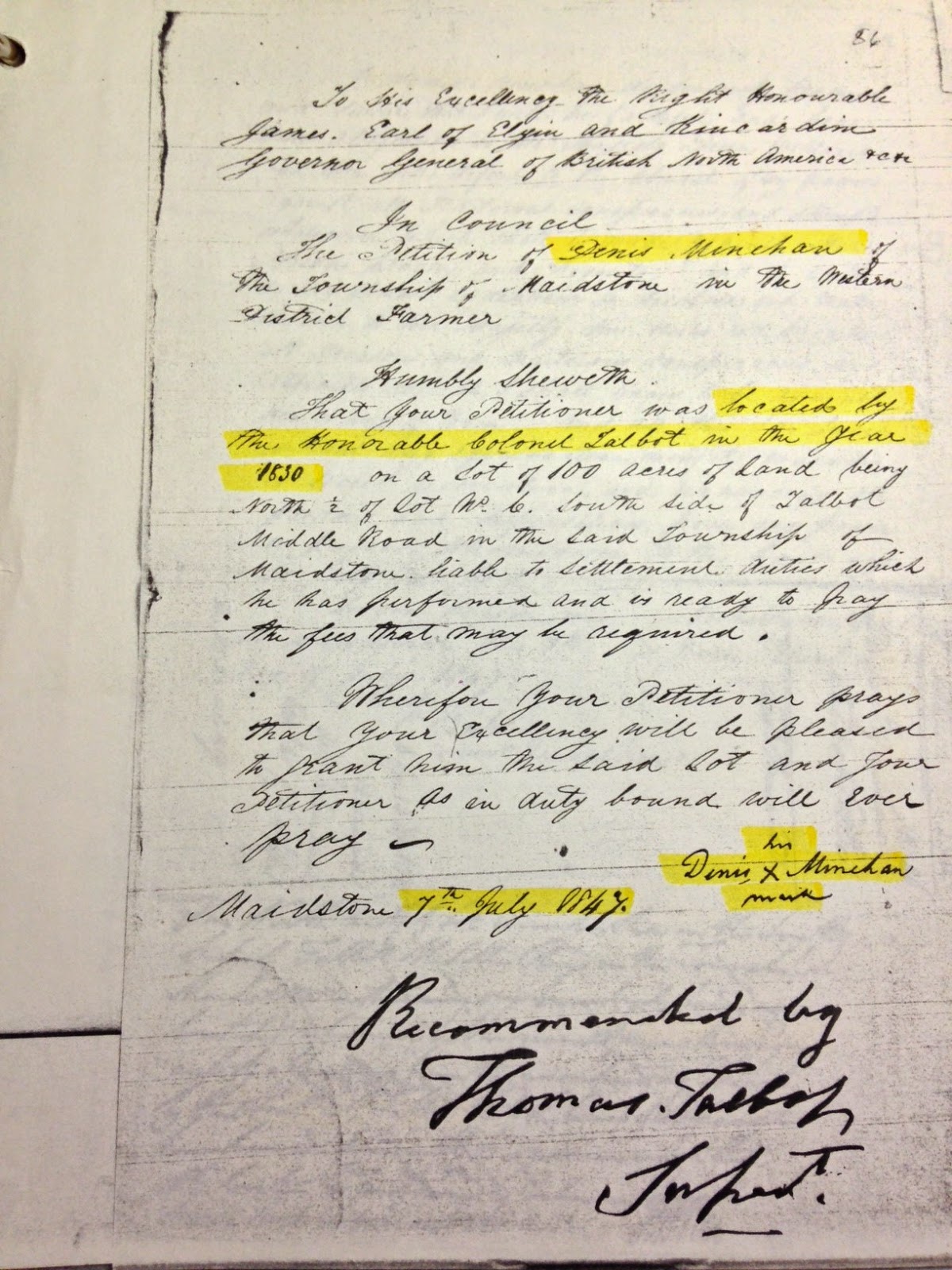 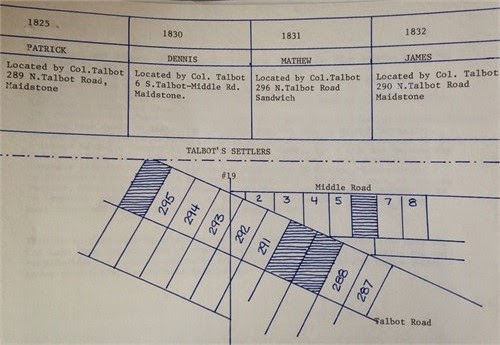 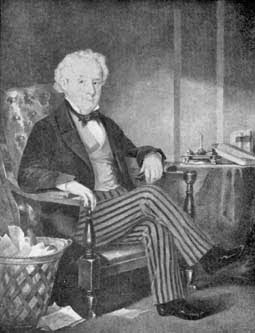 Large areas of Essex County came under the control of Colonel Thomas Talbot between 1802 and 1837.

"Colonel Thomas Talbot contributed to road development, and Talbot Road was named for him. Talbot Road followed a natural ridge of glacial moraine which stretched from Windsor to Point Pelee."

The establishment of good roads led to further settlement along the 'Middle Road' and .....settlers of this era were often emigrants from Britain and Ireland.... The village of Maidstone was the centre of the Irish community...."

I failed to locate any information on my ancestors at the wonderfully compliled indexes at "The Upper Canada Sundries", however, painstaking searching through the original indexes did pay off: 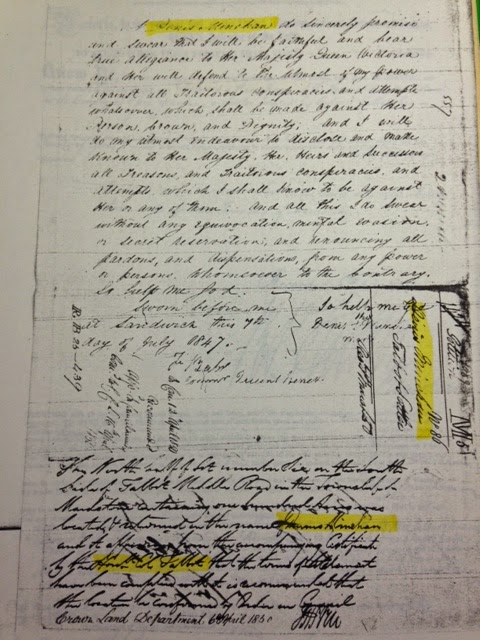 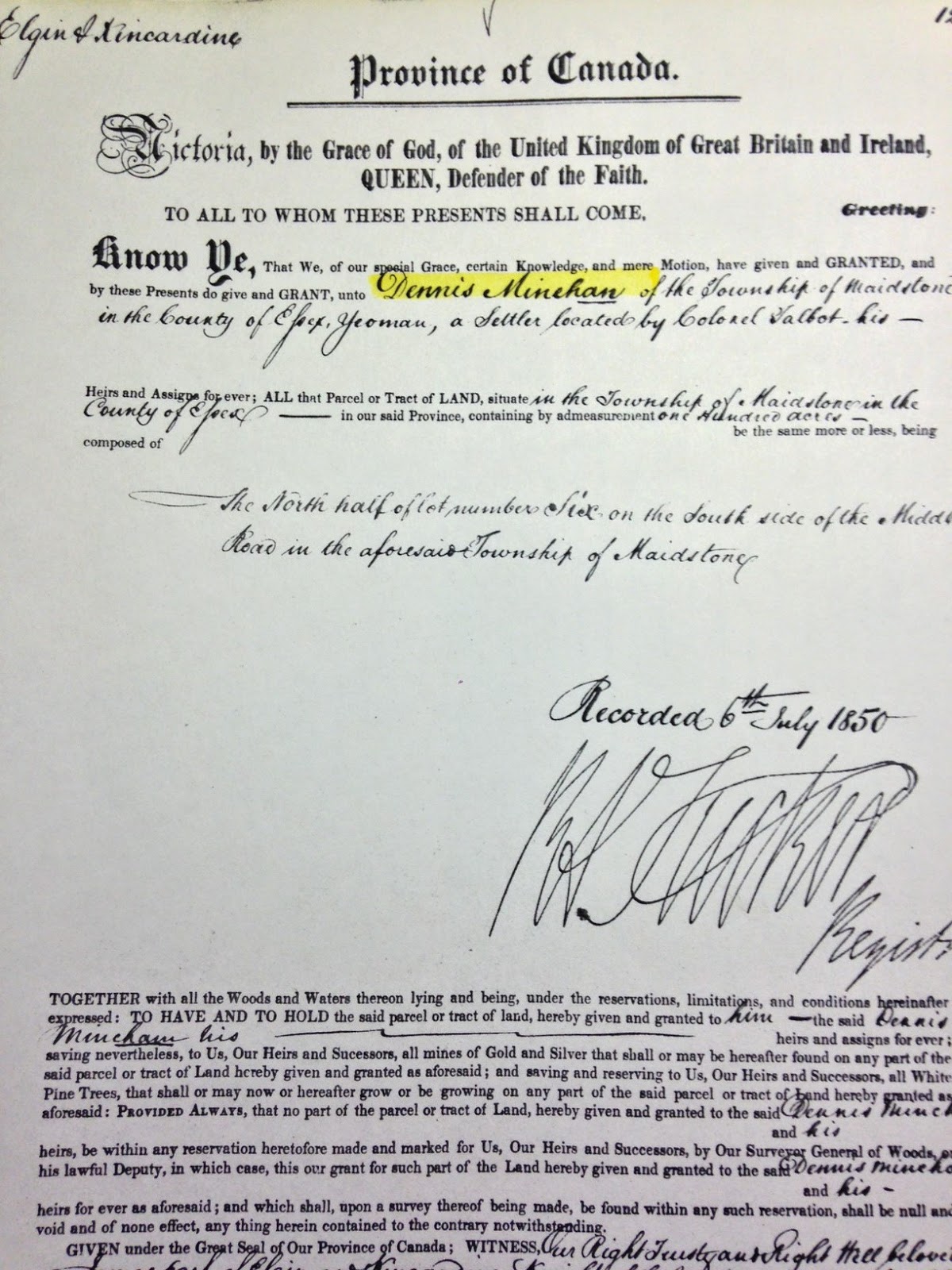