This is my twenty-first of 52 blog posts for the 2015 edition of the 52 Ancestors challenge. I have been blogging my family history for the #52Ancestors challenge since it began in 2014.
#52Ancestors asks bloggers to "have one blog post each week devoted to a specific ancestor. It could be a story, a biography, a photograph, an outline of a research problem — anything that focuses on one ancestor. 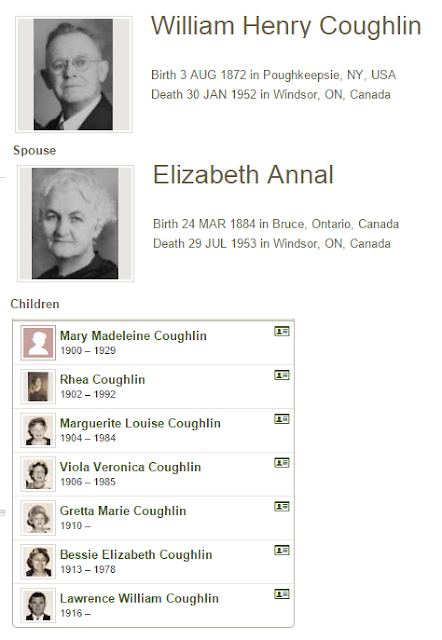 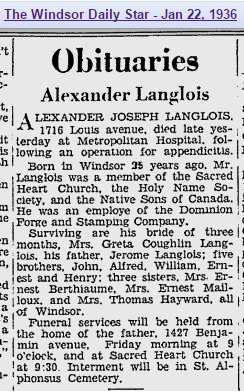 
Alex' death certificate indicates that he underwent surgery for appendicitis on the 15th of January 1936 and an embolism developed and caused his death six days later on the 21st of January.


1958 Gretta Is Living in Brockville, Ontario