This is the sixth of 52 blog posts for the 2015 edition of the 52 Ancestors challenge. I have been blogging my family history for the #52Ancestors challenge since it began in 2014.#52Ancestors asks bloggers to "have one blog post each week devoted to a specific ancestor. It could be a story, a biography, a photograph, an outline of a research problem — anything that focuses on one ancestor.”

This week's blog post is about my ancestor Patrick Moynahan (2nd great grand uncle) who was a bachelor and cared for my 3rd great grandfather Denis Moynahan (1792-1885) until his death in 1885. Patrick was the sole executor of Denis' estate and he was killed by a train in 1909 while employed by The Windsor Gas Company.


Patrick had four brothers and one sister:

In 1881, the three Moynahan brothers Matthew, Timothy and Patrick  are found on the census living (with their father Denis) in Tilbury East.

Denis Moynahan died in 1885 and is buried in Mt. Elliott Cemetery in Detroit, Michigan. He left his estate to Patrick. (see below)

Between 1885 and 1909, Patrick would find employment at the Windsor Gas Company.

Patrick was laying pipes at the time and, seeing a train approaching, he stepped on another track to let it pass. 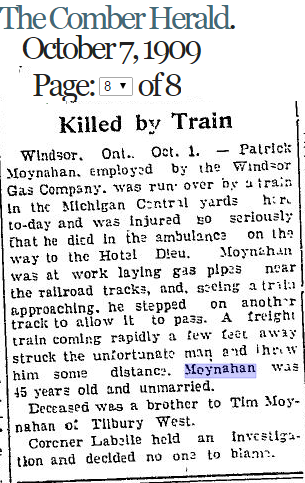 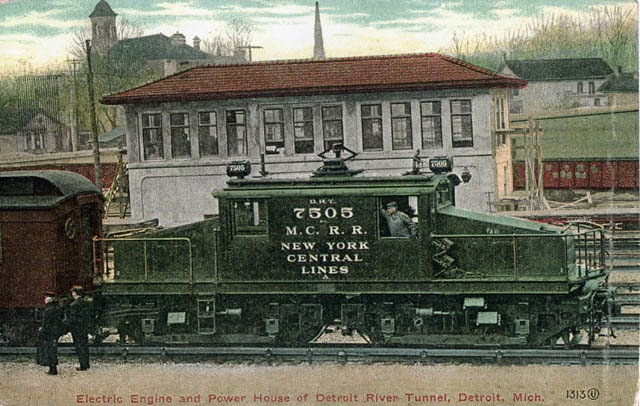 Ambulances in the Early 1900s

Ambulances in 1909 were private and could be called upon for emergencies. Although cars were driving through the streets of Windsor at this time, the ambulance that took Patrick to Hotel Dieu was most likely a horse drawn ambulance. To be on a stretcher in such an ambulance was slow and, according to the article below, liable to shake the life out of the unfortunate patient before reaching the hospital. 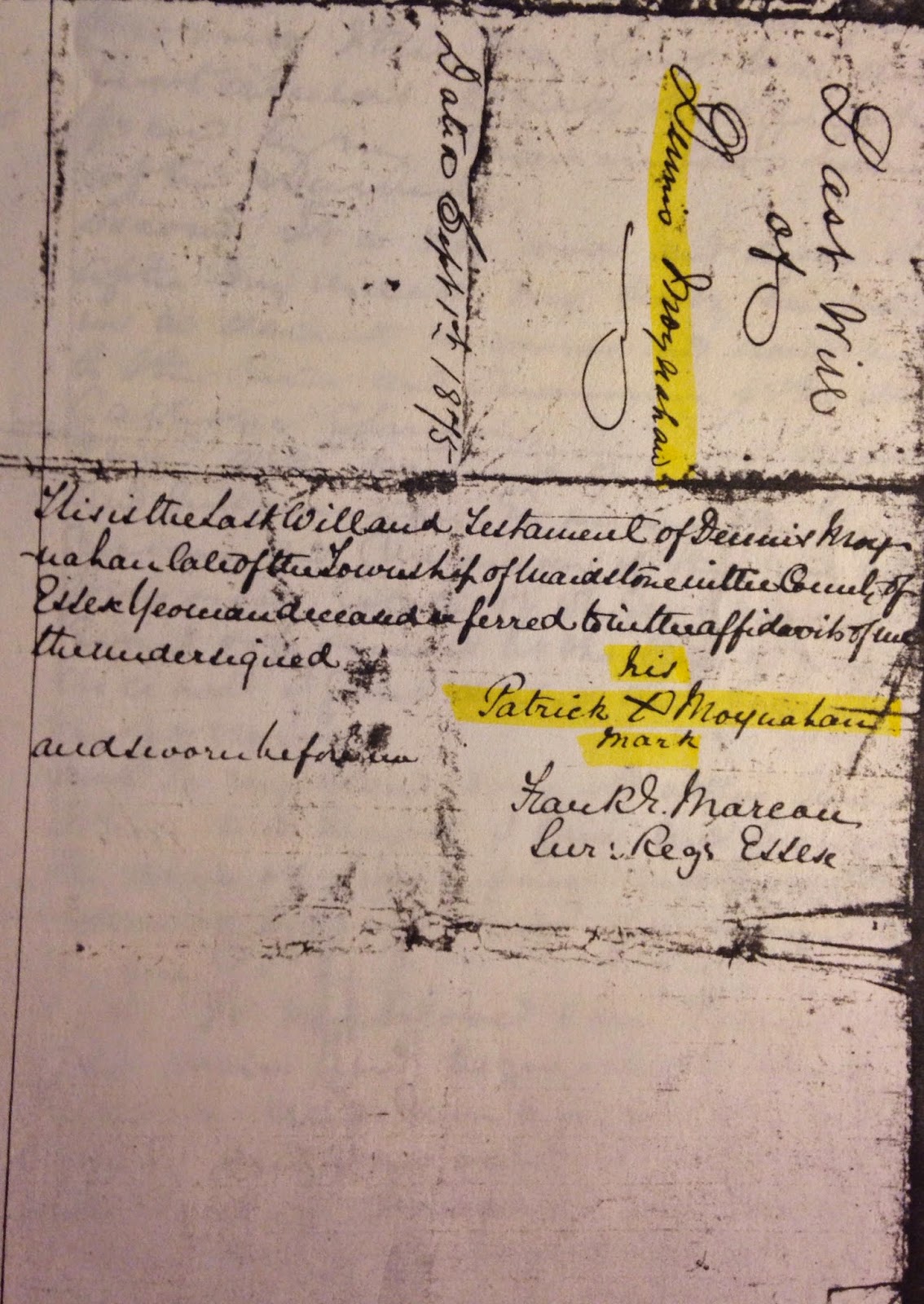 In this document (will dated 1875) Patrick signed it using an "x". In the census records, we see that Denis was unable to read or write but there was no indication that Patrick could not write.
Posted by Cindi at 12:24 PM