This week's post is about my grandmother "Nana" Dorothy (Moreland) Creighton. She was a beloved matriarch who:

It has been challenging to gather the information on Dorothy's life and there are likely some errors and/or omissions. Please feel free to contact me if you would like to see something added or corrected.
1909
Dorothy Claire Moreland is Born

McNabs Island is the largest island in Halifax Harbour.

Dorothy's mother Florence (Curd) Moreland died on February 3, 1915 of tuberculosis at 29 years of age. She had been suffering with the illness for two years. Dorothy was only six years old when she died.


John Moreland fought in WW1. John re-joined the RCGA with the 8th Siege Battery in 1916 and was sent to France until Dec 1919. Seven year-old Dorothy and her baby sister Florence were sent to live with a foster family in Halifax. 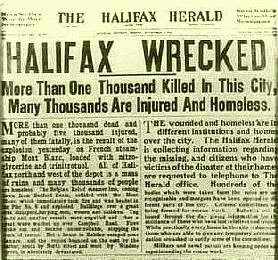 Dorothy's foster family was out of the city visiting when the explosion happened. The house they were living in was destroyed. 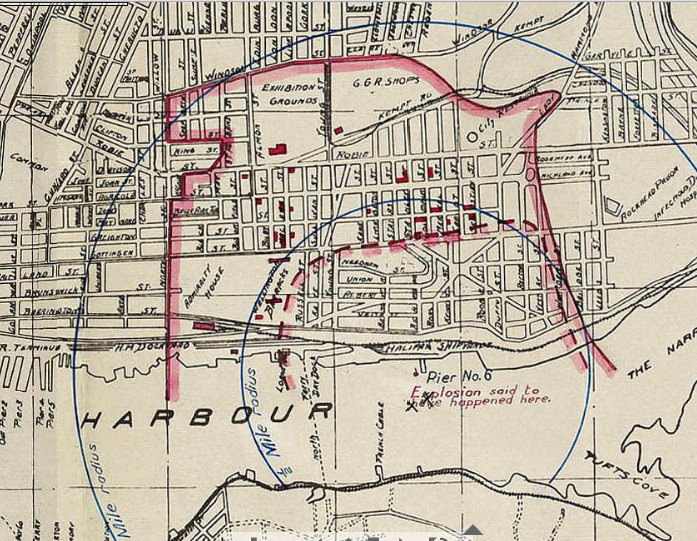 
When I conducted an oral history interview with Dorothy in 1988, and I asked her about her childhood, Dorothy was most proud of a piece of poetry she had written that was published in the Halifax newspaper when she was twelve years old. Efforts are being made to locate the poem and I will post it here when I find it.

Dorothy Claire Moreland (20 years) married Frederick Doughlas Creighton (22 years) on the 15th of October at Trinity Church in Halifax Nova Scotia.(Trinity Church no longer exists. It was torn down about 5 years ago. It’s now a parking lot.)


The Creighton family lived in Tuft's Cove and later at 23 Chester Avenue in Halifax. There were seven children: three boys and four girls.

1953
Dorothy Devotes Herself to the Anglican Church 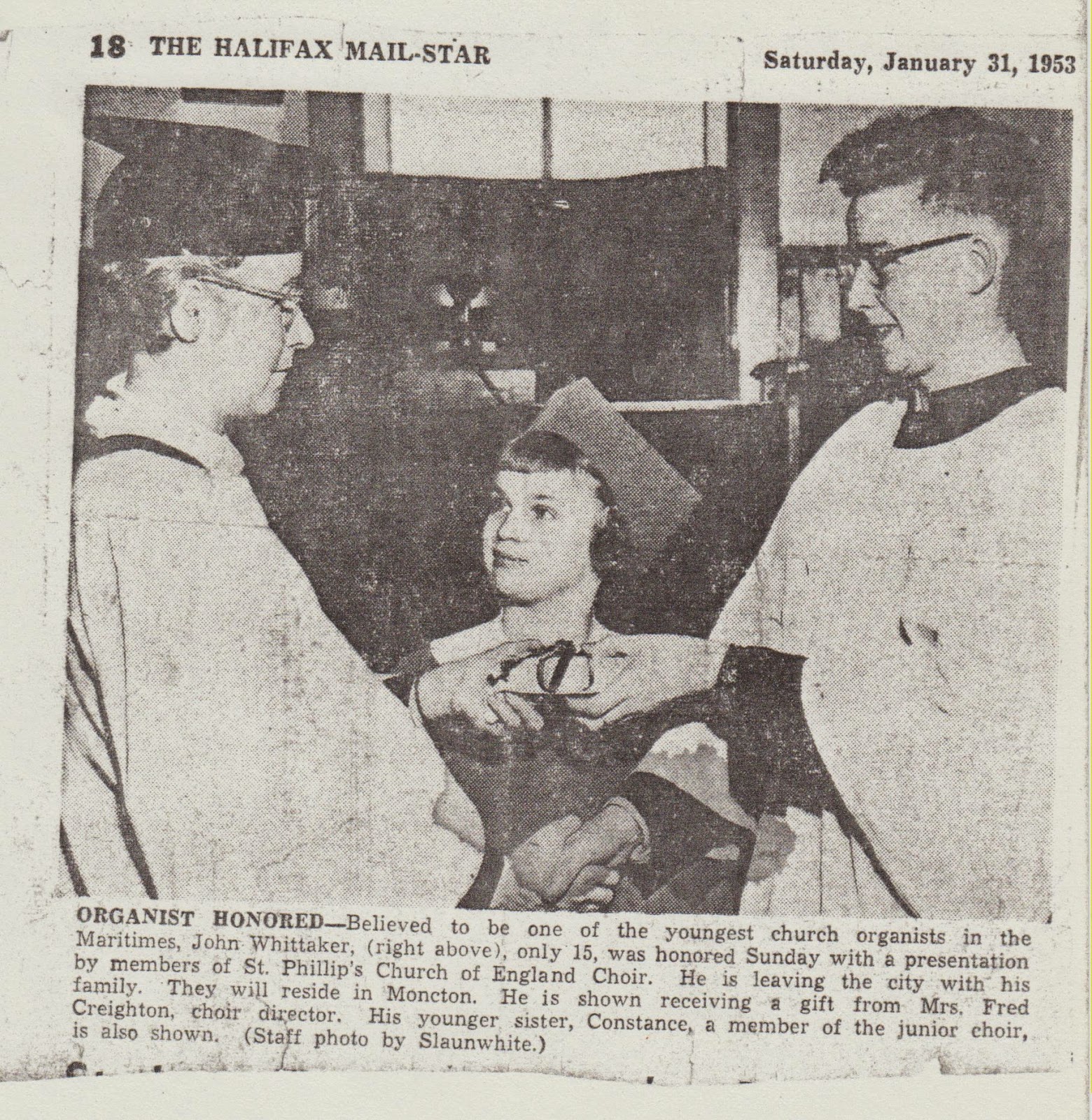 Above is a newspaper article from The Halifax Mail-Star (1953, now the Chronicle Herald) where Dorothy as St. Philips Church of England Choir Director presents a gift to John Whittaker.

Dorothy played a role in St Philip's Church (now the Anglican Church of the Apostles) and when the church celebrated an anniversary in 19**, Dorothy returned to Halifax for the celebration. Dorothy's name appears on a cornerstone there. 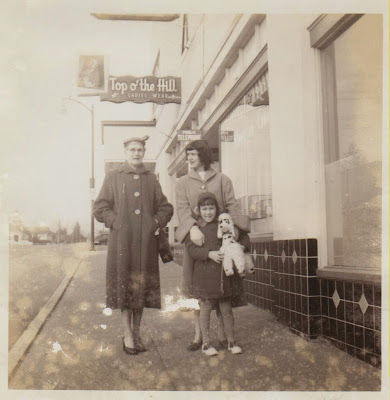 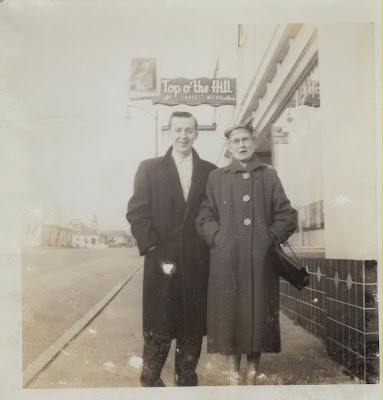 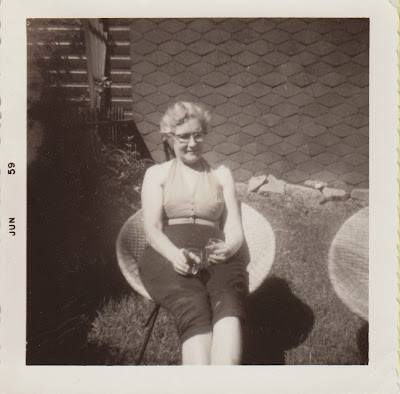 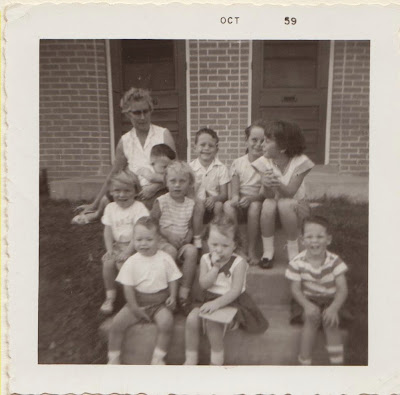 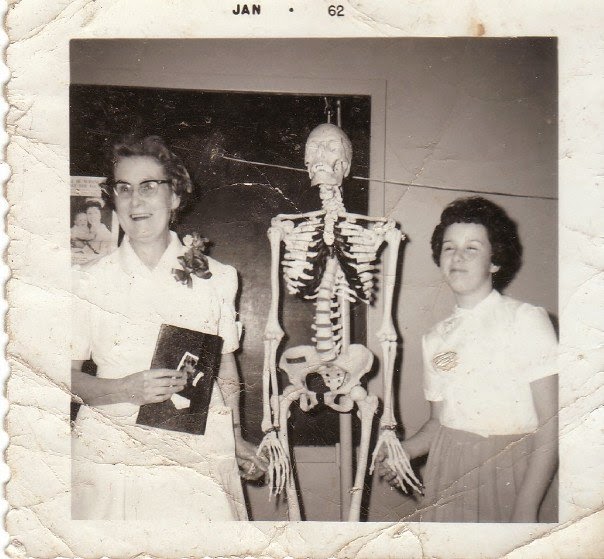 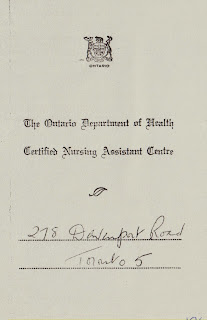 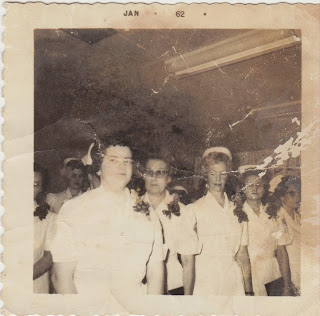 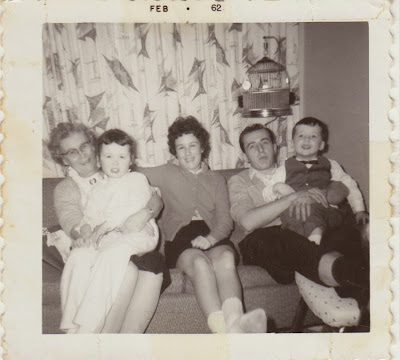 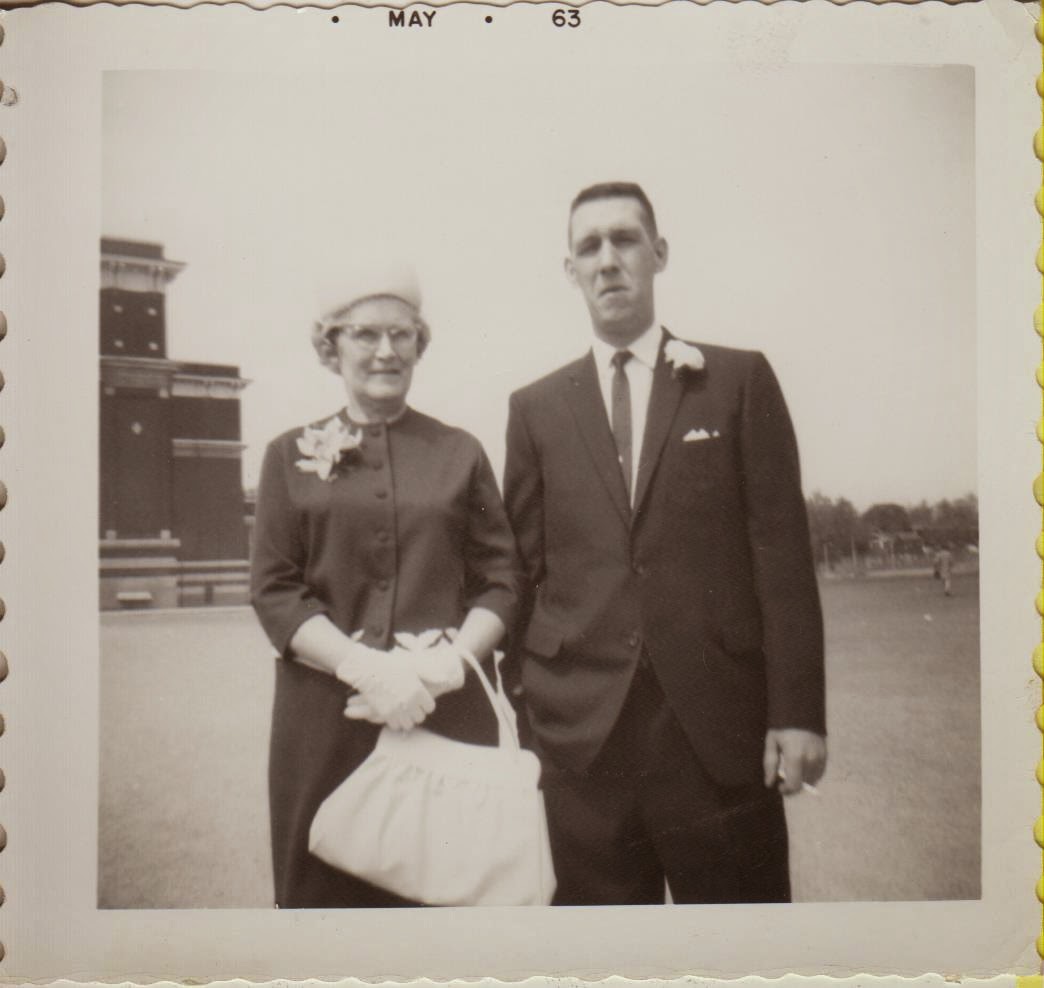 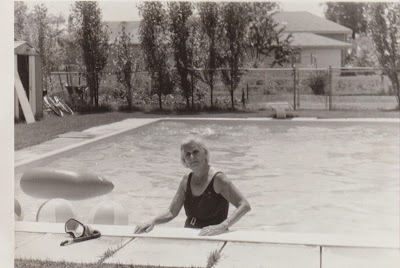 Dorothy Passes On the 6th of December 2000 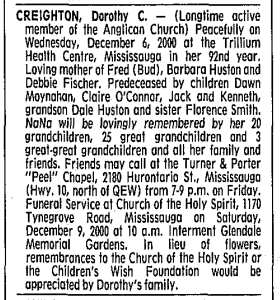 Every year, my father places a wreath on Dorothy's grave