My grandmother Rhea Fern (Coughlin) Moynahan's (1902-1992) photo album has been a wonderful inspiration for my #52Ancestors blog posts. Some of the pictures most fondly remembered by my father are pictures of his mother Rhea iceboating.

This blog post is devoted to the subject of my grandmother ice boating in the early 1900s.

Here is the photo page that my father fondly remembers:

The Thrills of Ice Boating

I love that my grandmother was so adventurous in the 1920s when she was in her twenties! And the sport was generally enjoyed by men! It is uncommon to find photos of women engaged in ice boating.

Read the charming account of ice boating (below) from the Windsor Evening Record in 1908.

Iceboats would go forty miles and hour and the sails and tiller on ice would react much more quickly than sails and a tiller would on water. Skill was required or these craft would easily tip. And there was the danger of falling through the ice if the ice boat wandered on to thin ice!

Rhea's family moved from Wallaceburg to "Ford City" in 1918 (when Dominion Glass moved to automation sending glassblowers like Rhea's father looking for other work).

I am unable to place these photos in a specific time or place. The photos themselves offer few additional clues. There were a lot of ice boats on Lake St. Clair during this period of time. Both on the Michigan and Ontario shores. 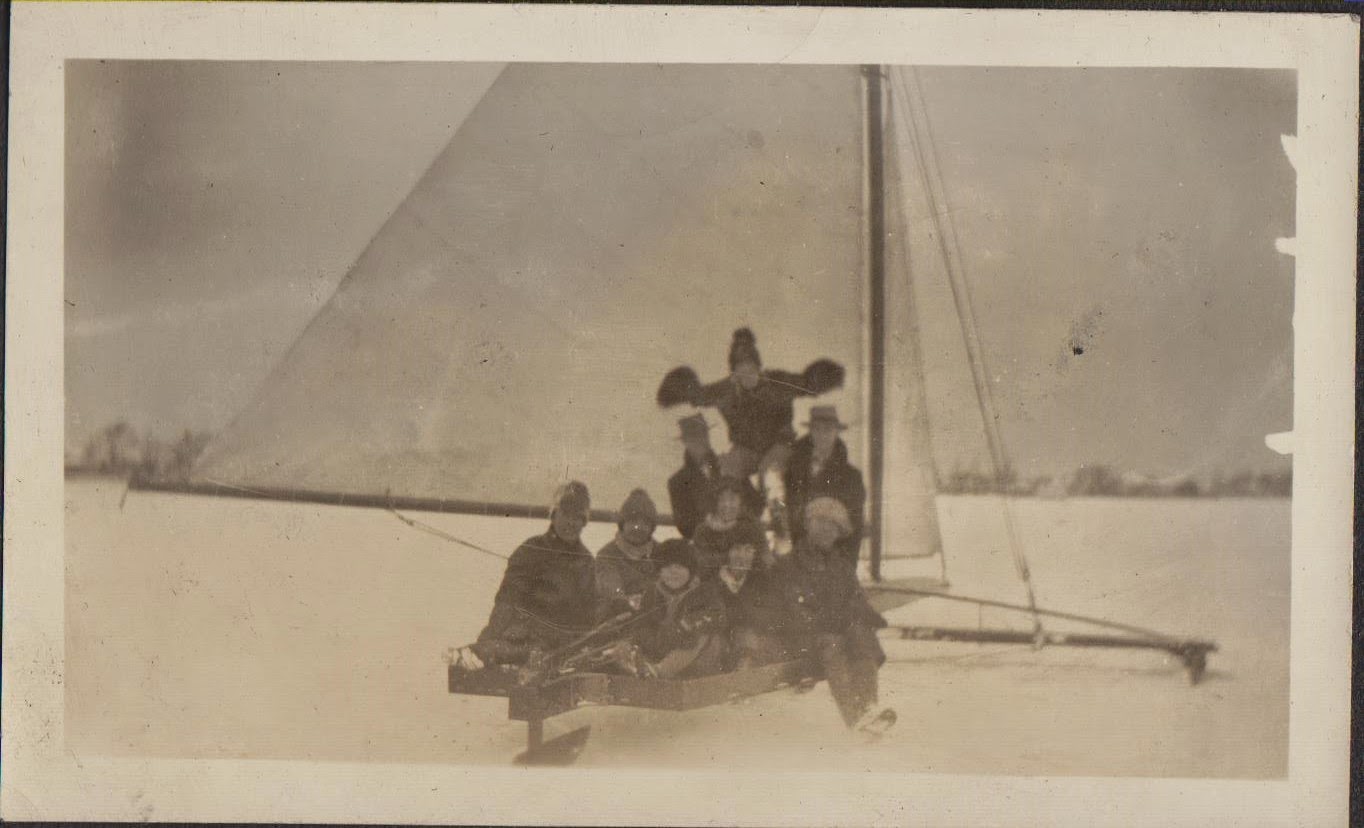 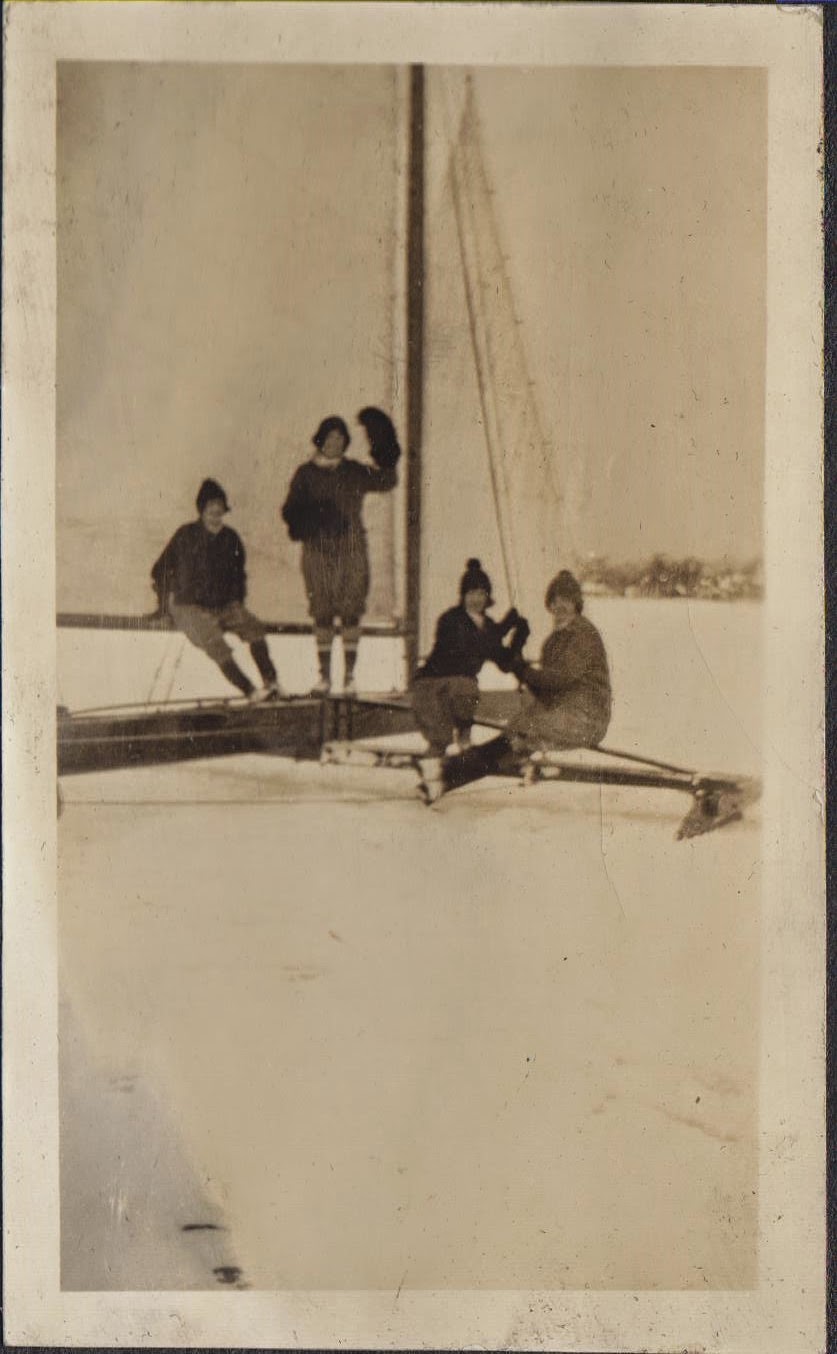 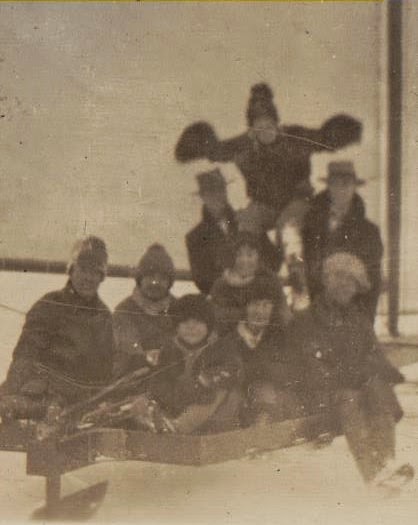 The 1894 article "On Wings of the Wind" (below) tells us of the dangers and the pleasures of ice boating and advising "Don't go sailing with a novice unless suicidally inclined". We also learn that Poughkeepsie and Red Bank hold the ice boating speed records.

"There is no civilized sport more intoxicating than the form of sailing pictured herein today...the novice that is not swathed in newspapers, woolens, and warm furs will freeze....there is no protection from the wind on those skeleton shells...So when preparing to go ice boating it is wise to tuck a newspaper across one's chest and another across one's back, tie your coat sleeves tightly about your wrists, muffle up your head and ears and still expect the wind to whistle through you like a sieve."

"Red Bank and Poughkeepsie hold the American Championships. The record for 15 miles is 20 minutes and 40 seconds....."


The ice boats were also used to deliver mail and run whiskey during U.S. prohibition.