Until well into this century, most Canadians were born at home and the only professional hand guiding their arrival into the world was the midwife's. This blog post is about my Great Great Grandmother Mary (Brennan) Moynahan who was a midwife in Essex county, Ontario.

Mary and Jerry had nine children. 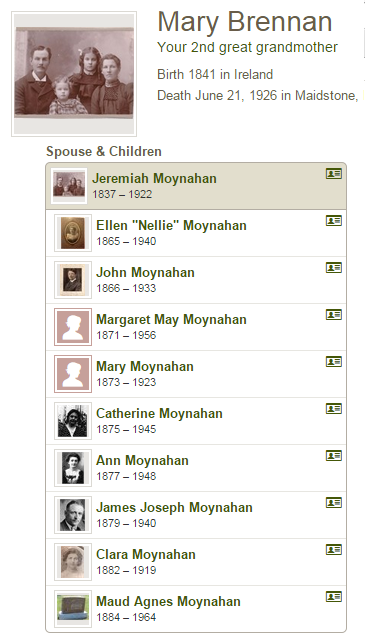 Jerry and Mary resided on their farm on Talbot Street ("a mile west of the Cross") from 1863 to 1921 when "with their daughter Nellie they moved to Windsor".

When Mary lived in Maidstone she was a midwife to many women according to family oral history.

In November 1913, Mary and Jerry celebrated their golden wedding anniversary and the family reunion was recorded in the Essex Free Press.