This week's story is about my grandmother Rhea Fern Coughlin and her employment at Parke Davis in the 1920s.

Parke Davis (Detroit, Michigan) is the oldest (and once upon a time the largest) drug maker in the United States and played a very important role in medical history. Parke Davis is credited with "building the first modern pharmaceutical laboratory and developing the first systematic methods of performing clinical trials of new medications".

There could be an entire blog post written on the types of pharmaceuticals that were bottled and sold in the 1920s like the chocolate coated opium cannabis pictured below!


In The Early History of Parke Davis and Company we learn:

"The beginning of the 20th century marked the start of a new era for Parke-Davis and for the United States. The automobile had arrived. In Detroit the police posted speed limits of 8 miles per hour in order to halt reckless driving. The popular Theodore Roosevelt as President was busy reforming the government of the United States....

The period leading up to World War I was a happy time for the more than 3,000 employees of Parke-Davis. There were company picnics and boat excursions. There were social clubs and dances, bowling leagues and company sponsored athletic teams. The company pioneered a profit sharing and old age pension plan"

Rhea Fern Coughlin lived in Windsor and would travel to Detroit to work (common then) and she would have required a document (below) to cross the border. (Boarder Crossings from the U.S. to Canada 1908-1935). 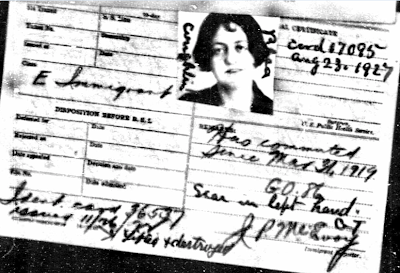 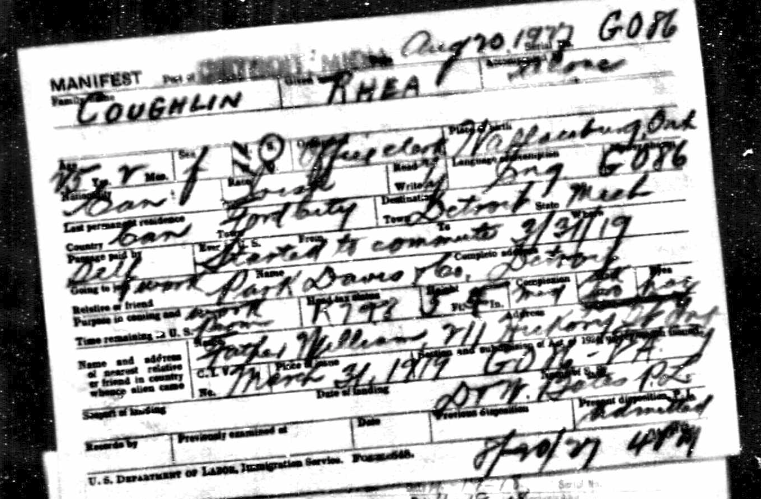 The document states that Rhea started commuting 3/31/19 to Detroit, Michigan. The date of the border crossing card is August 1927.

In "Working Detroit" we learn that in 1920 women were a distinct minority in the workplace "they were only expected to seek work outside the home when they were young and single or when thier husband's low wages meant two wage earners had to support the family".

"In 1920, fewer than than one of every four females above the age of ten worked outside the home."

"Typically, the city's industrial employers only hired women for light assembly and low wage jobs: in the pharmaceutical plants of Parke Davis (site 36) and Stearns, in the cigar plants and candy factories on the east side, and in the sewing rooms of downtown department stores and clothing shops. The auto industry was also a major employer of women workers, though the 12,000 women in Detroit's auto plants in 1930 represented only six percent of the industry's workforce." Rhea Fern Coughlin married Ernest Joseph Moynahan on November 27, 1929. Their first child, Patricia was born in 1932. I am not aware of my grandmother Rhea working outside the home after the 1920s meaning that Parke Davis was the only job she ever had her whole life!

Thanks to Shelly Coughlin MacKinnon I have an update to the women workers at Parke Davis and Co.