52 Ancestors No. 52: The Broderick-Knapp Family Photographs

My first cousin (2x removed) Mary Amelia "Geraldine" Broderick was born on the 4th of December 1908 in Canard River, Ontario the daughter of Leo William Broderick (1879-1920) and Claire (Gignac) Broderick (1882-1973). Leo Broderick was engaged in farming at the time of her birth (Source: Ontario, Canada, Catholic Church Records (Drouin Collection), 1747-1967) . Her father Leo would later become a detective in Windsor Ontario 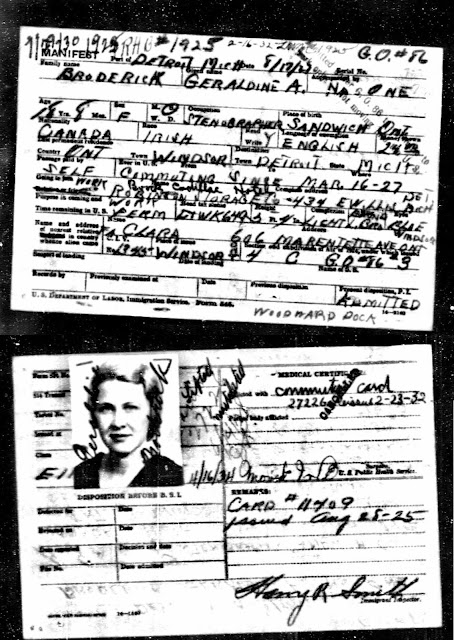 I found pictures of Geraldine in the Border Cities Star at the Annual Haverhill Club Holiday Dance. She is with her sister Madge Broderick and future brother-in-law Johnny E. Murray. 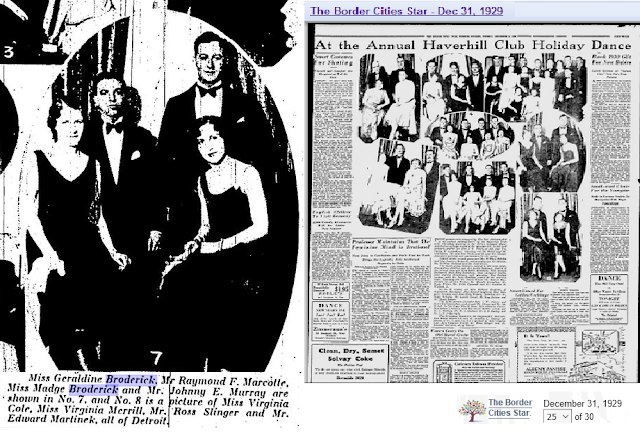 As far as I know, Geraldine and Thomas Knapp had only one daughter pictured below.

In 1946, when her sister Margaret (Broderick) Hogan died, her obituary stated that Geraldine was living in Nomoka, Indiana.


When Geraldine's mother Claire (Gignac) Broderick died in August 1973, her obituary stated that Geraldine was then living in Pompano Beach, Florida. 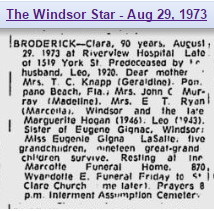 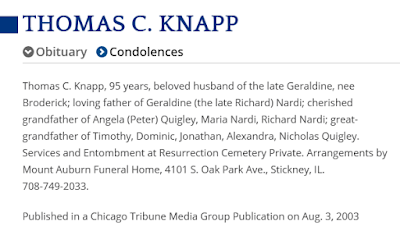