This week's story is about Mary Hussey who was born in 1842 in County Galway, Ireland and died in Essex, Ontario on July 2, 1913. Her parents were Robert Hussey and Mary 'Keveney'.

The two things that I love most about Mary's story is how I came to be in possession of the picture of her (below - the only one I know of); and the love story between her and her life long partner Martin Broderick.

This picture came to me from Brother Bernard Broderick. His family history album was in the possession of the Christian Brothers in Scarborough and then passed on to me - most fortunately!

What I do know about Mary and Martin, I heard originally in an oral interview that I conducted (and recorded) with Brother Broderick in the November 1987. I also learned a great deal more about Mary from the obituary (below) as well as Martin's obituary .

Mary "crossed the Atlantic from Galway county, Ireland to fulfill a vow made several years after young (Martin) Broderick left the Emerald Isle" 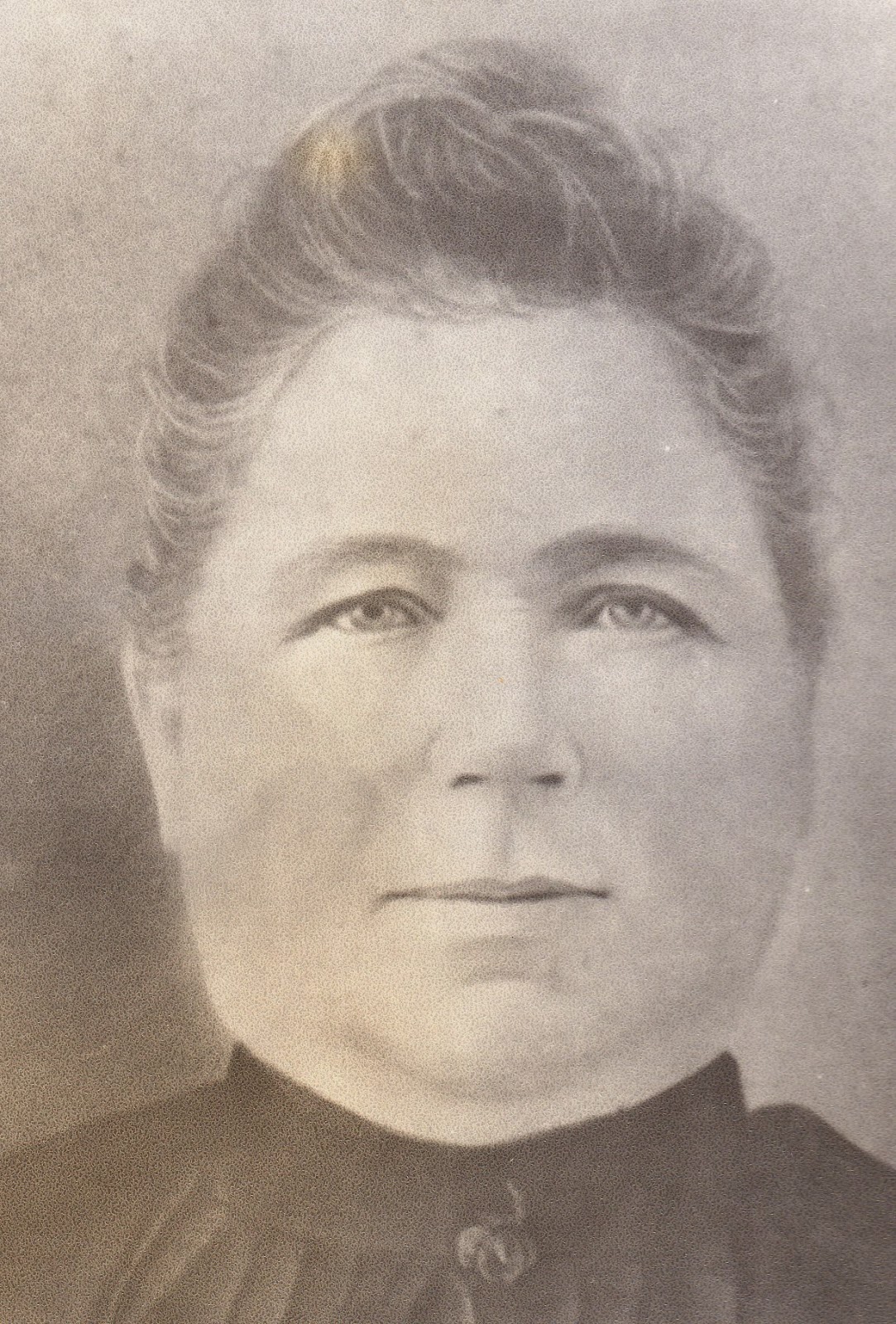 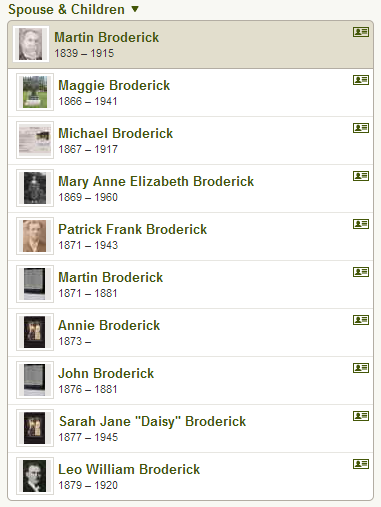 "Seized with a paralytic stroke about 11 o'clock on Wednesday of last week, Mrs Mary Broderick, wife of Martin Broderick, a well-known retired farmer of Sandwich west, passed away at the home of her daughter, Canard River, two hours later.

The deceased was born in Ireland 71 years ago and lived in Sandwich west for the past fifty years.

She is survived by three sons, Leo, Michael and Francis and four daughters, Mrs John Moynahan, wife of the town clerk of Ojibway; Mrs Jas. Petiganey, Mrs A. Dufour of Sandwich west, and Miss Daisy of London." 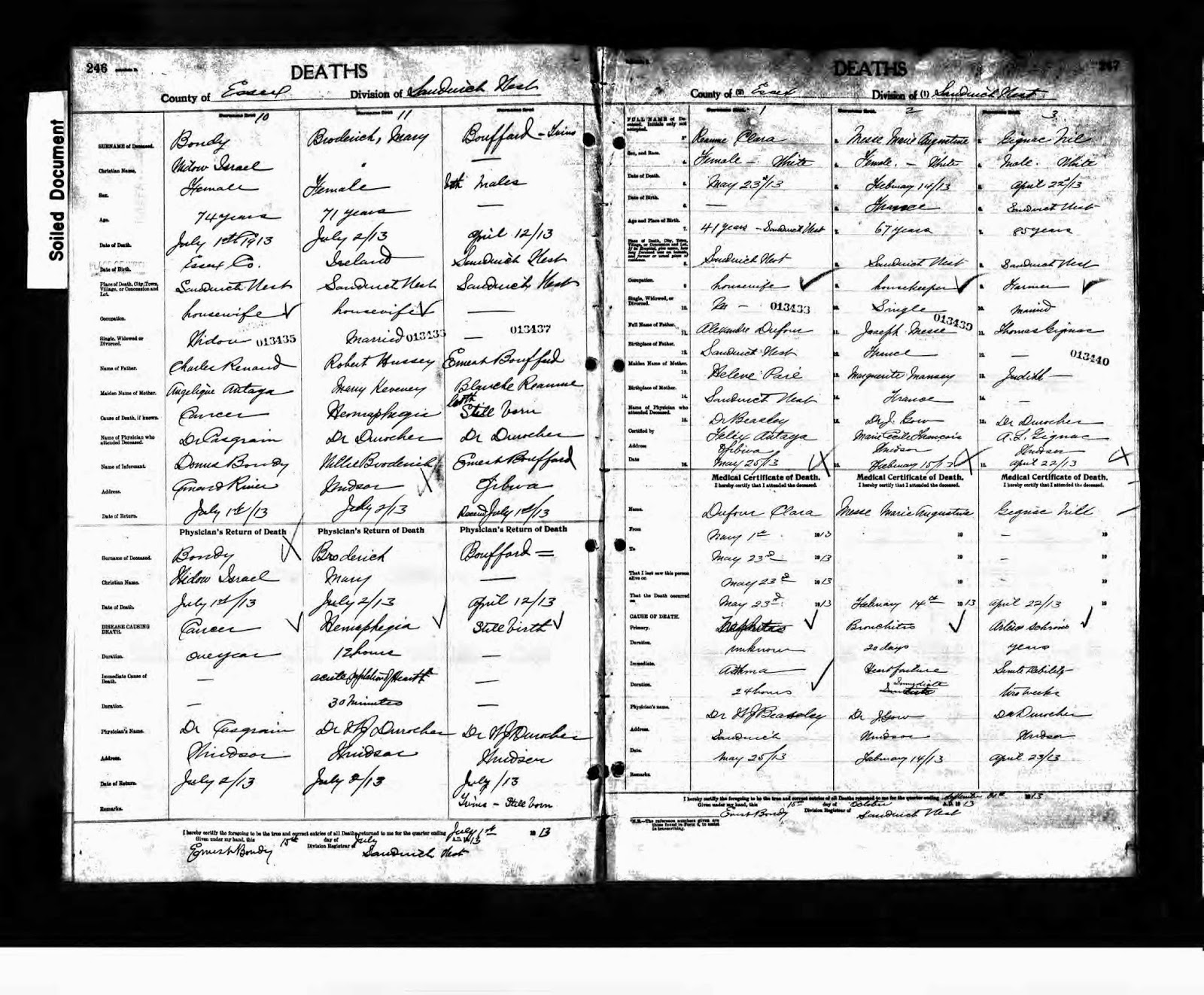 Mary is buried with her husband Martin in Assumption cemetery. Buried with them are their two sons Martin (who died May 1881 at age 11 years in Detroit) and John (who died 28 January 1889 at age 13 years from a "swelling in the leg")