I am devoting this blog post to the oldest known ancestor in my Moynahan tree, Matthew Moynahan (born in 1770 in Kerry, Ireland and died in 1860 Maidstone, Ontario)

We have three sources of information for Matthew Moynahan for the years between 1830 (when he settled  in Ontario and 1860 when he died): His land records, the census records and his will.

As stated in an earlier blog post (Maidstone Ontario: Talbot Settlers), I learned a great deal about our Moynahan ancestors from doing research on early land records. With respect to Matthew, I learned that he was located on 100 acres by Col. Talbot in 1831 on 296 North Talbot Rd. (NTR) in Sandwich, Ontario. 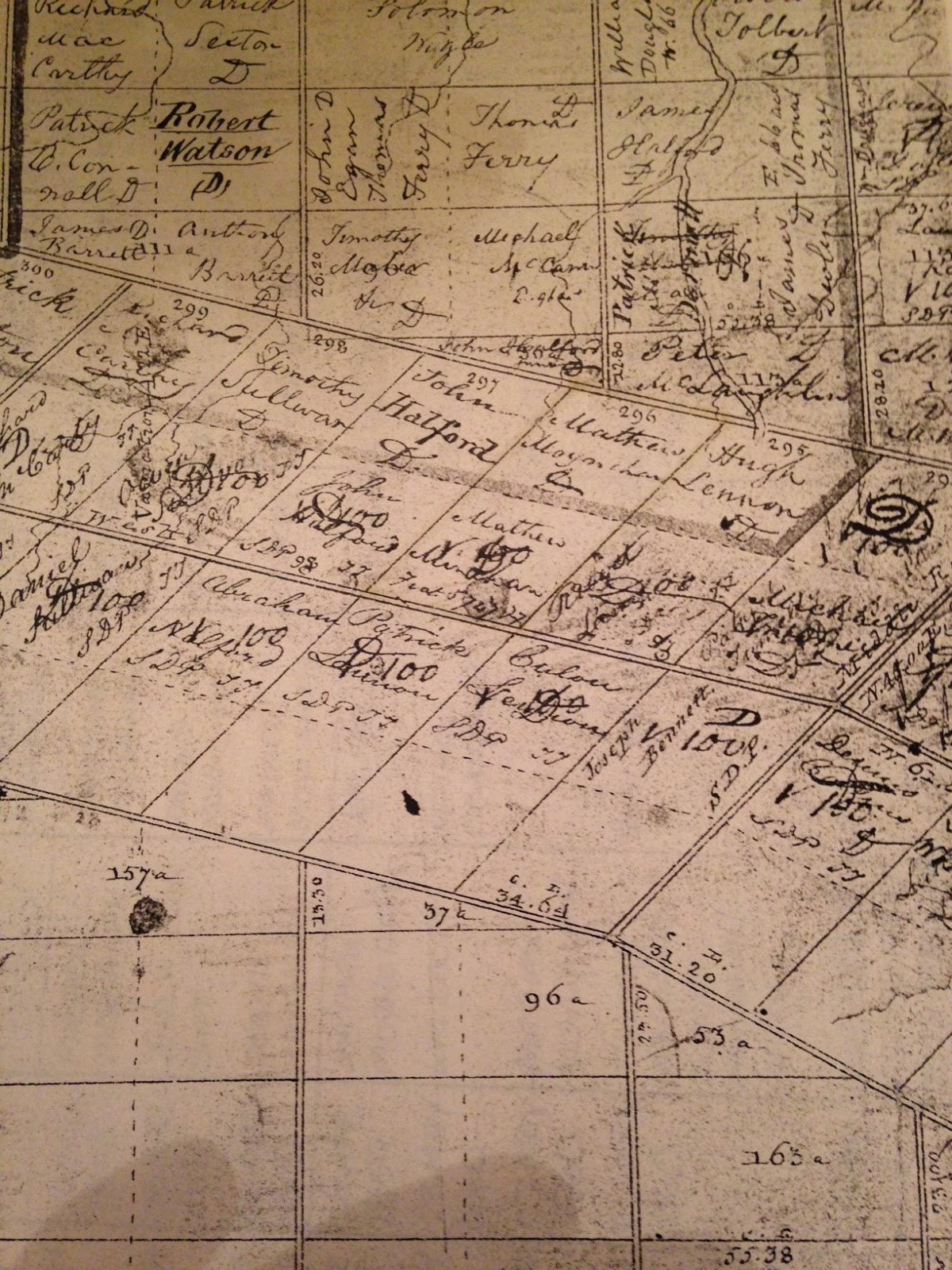 Remarkably, this is still fertile farm land as seen on Google maps (2014):

Most of this early information was found at the Archives of Ontario (AO) (not on any online indexes):

The paperwork associated with land records is an incredible source for genealogical information. I also learned from the land records that Matthew had a son named Jeremiah from Detroit:

This is the only census that I have been able to locate regarding Matthew. In the 1861 census Matthew has passed on and Honora (now "Ann") is with Timothy at 296 NTR.

Here are some snippets of Matthew Moynahan's memorial will wherein we learn of his daughter Mary for whom he bequeathed "one bed and bed clothes".