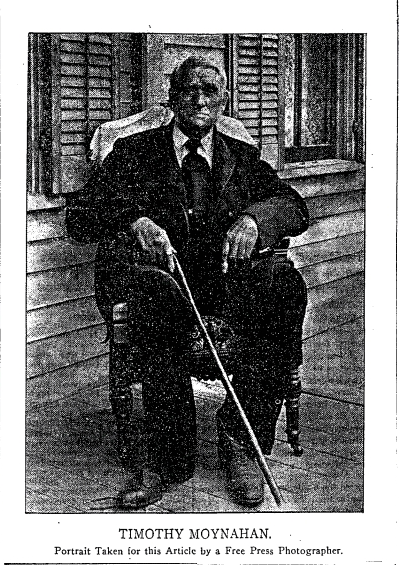 When Timothy was asked  about his kin:

"There were five brothers and three sisters" "all gone" by 1900 when the article was written.

Below is the most recent representation of Timothy's family tree that I have created at ancestry.ca

Some of the siblings for Timothy (that are blank below) have been established on other ancestry trees but I do not have the documentation that proves their ancestry and will continue to do research on this.

Early land records have been helpful in painting the picture of the Moynahans in Essex county in the 1820s -1850s as well as the will of Matthew Moynahan (Timothy's father).

According to the census records, John Cronin lived with Timothy for many years even after the death of Margaret Cronin and following Timothy's second marriage to Archange Parent. I have not determined John Cronin's death nor established his relationship to Margaret (though I assume based on age that he was her brother). This information could be a valuable link.

Margaret Cronin and Timothy's young girls (Mary, Margaret and Catherine) are all gone before 1860. I continue to search newspapers and the pre-1860 church records but have not learned of their whereabouts.

Other Moynahan siblings such as Timothy's brother James Moynahan of Colorado - have been well researched by others. 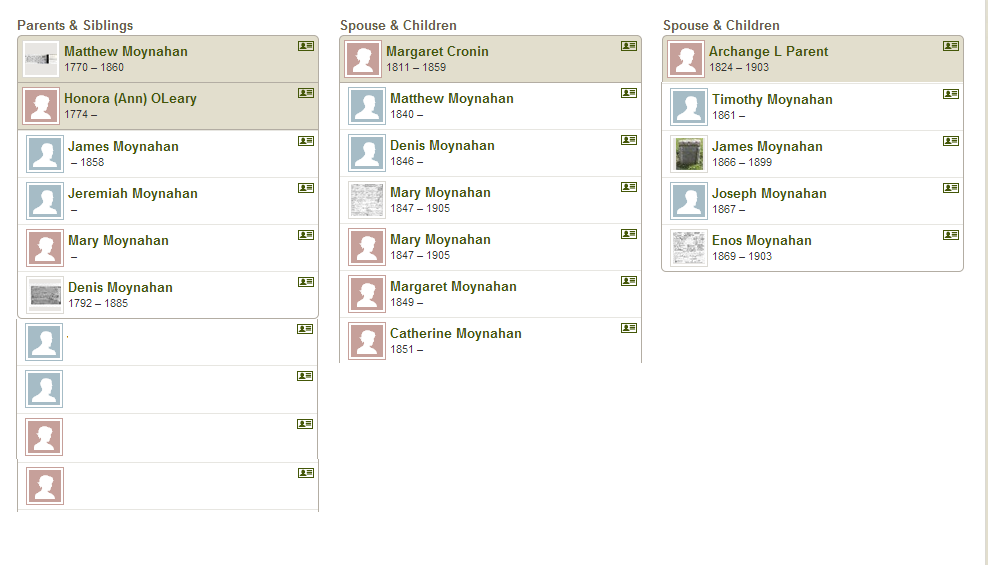 I will write in detail about one of Timothy's son's who was alive at the time of Timothy's death in 1902 (along with a daughter Mary). Enos Moynahan was a notorious character in Detroit and Windsor and much of his life has been well chronicled in the newspapers of the day.

That colourful story will have to wait for a future posting in #52Ancestors!